Happy New Year! I hope that you have had a fantastic holiday season and are looking forward to a great 2014!

So if you’re a reader of this blog, you would know that my posting fell off here at the end of the summer and has essentially been nonexistent  this fall. And along with the non-blogging came a bunch of non-training. I was still running once or twice a week, but that was about it. I won’t lie, the 2013 racing season along with some other things that were going on, I came out of the summer completely burnt out and in need of some down time. My need for down time turned into a bit of traveling to Alaska in September and Texas in October. Meanwhile, I started a leadership class that is offered through Cornell (which I absolutely love!).

On the running front, Ragnar ADK was at the end of September, and a few of us received our double medals for running both Ragnar Cape Cod and Ragnar Adirondacks in the same year!

After Ragnar, I had one final race on the calendar – the Great Pumpkin Challenge 10K with my mom and sister in mid-October.  This race is in Saratoga State Park, and this year had both trail and road sections to the course – I loved it!  Also, I managed to surprise myself with a PR despite my lack of training (bonus!). I’m still really excited about all the progress I saw during the year with my paces and looking forward to what 2014 might have in store for my running! 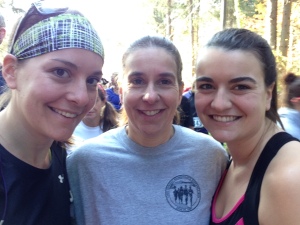 The same weekend of the Pumpkin Challenge, I also added to my family by adopting a new dog!! Bronco joined Roxie and I and is Roxie’s (big) little brother, weighing in at a mere 90 lbs! He is a rescue dog which was found wandering the streets of a suburb of Syracuse.  He’s about a year and a half old, and a ball full of energy! And I am happy to report that he loves to run with me!

Bronco has definitely brought a whole new element to life! It’s fantastic, and I love having him around. The rest of the year had a lot of focus on the holidays and spending time with family which is always good for the soul. Now with the passing of the holidays and the beginning of the new year, I have decided to take the plunge in 2014 and give the Syracuse 70.3 another go. I left the race last year happy to have finished but disappointed in how the bike and the run had ended due to the breakdowns and the extreme heat/humidity. So shortly before Thanksgiving I signed up for the race, and I started looking at various coaching programs for the upcoming season. I loved working with Coach K last year, but I’ve decided that I need more of a team and group for training and support, so this year I am excited to share with you that I have joined the T2 Multisport family for the 2014 race season and will be working with a new coach!

I officially start my training for the 70.3 tomorrow (about 8 weeks earlier than last year) and I can’t wait! I can’t even describe how happy I was today when I opened up training peaks and saw workouts loaded and waiting for me – I was like a kid in a candy store… well except  no candy, or apparently cookies since there was a friendly note from my coach to throw out any leftover Christmas cookies and to focus on eating healthy…. so here we go – hours of training and my pending complaints about my longer swim workouts will be coming soon, but honestly I am so excited to be on a set schedule again! 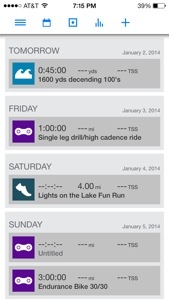 Also, as a slightly random note, I went running outside yesterday – in the snow and wind with the dogs and it was glorious! I forgot how awesome running in 20 degree weather can be. I bundled up and quickly realized I had managed to overdress despite what many would consider terrible running weather (it was GREAT running weather)! 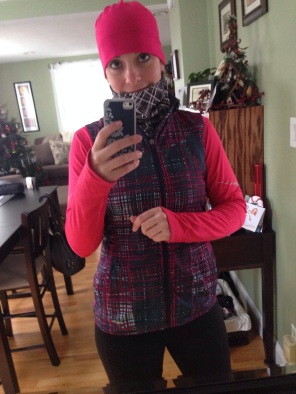 And to wrap up this slightly random post, I’m starting off 2014 with the following reminder to myself and others…. 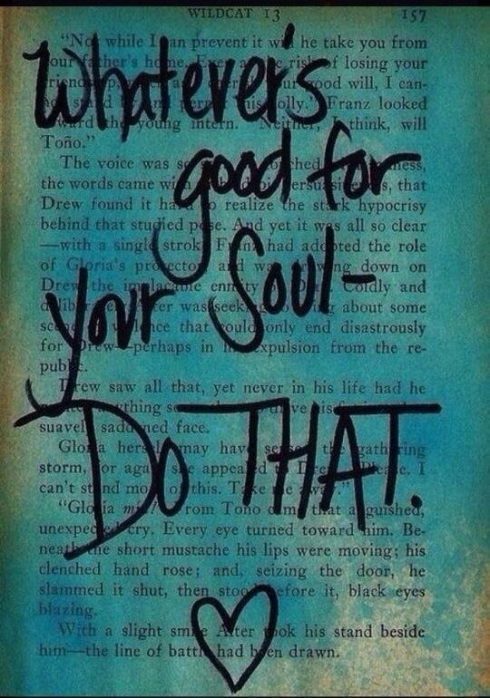 Whether it is reading, running, relaxing, writing, praying, spending time with family and friends, taking a hike, a swim, or cursing around on a bike.

As long as it’s good for the soul, pursue it.

Leave the negative behind.

That’s my wish for myself and for you this year.