Ok, so I know it’s been a few weeks since Ragnar and I never posted an update… but I’ve been a little busy with life ever since the race!  Now that annual meeting is complete and I have finally caught up on grad school work (note: taking a week off from doing school work is a bad idea.) I can finally post my recap.

The short version: It was AWESOME.

The slightly-shorter than long version:
I loved this race and my team of pirates! I think we had the right group of runners to really have a good time, and yet still accomplish our goal – despite the death of our 1 van, affectionately known as “Ye Old Hog Hopper”…. (and a BIG thank you to my Grandmother for letting us commandeer her van).

When I first found Ragnar, I knew it would be a fantastic race, but as the time drew near this fall, I started to worry that it would not live up to the hype.  Luckily, I had recruited a great group that kept our chin up for the event, even when disaster struck us a few times along the way.  When doing events such as this, I think the teammates are really the key factor in having a good time.

The course from Saratoga to Lake Placid was fantastic.  The race director Courtney really did a phenomenal job putting the inaugural Ragnar Adirondacks together!  It’s too bad that it rained almost the ENTIRE time, but we really embraced the rain, rolled with the punches and soared our way through.  I can’t wait to do this race again next year, and to try some different legs of the course.  I really did love my 6.2 around Saratoga Lake, and my second leg of 7.8 miles from Lake George to Bolton Landing was just enough of a challenge for me to appreciate without becoming discouraged as I ran up the first real hill of the course in the dark.  Then my final leg of 4 miles in the back roads of Essex county was interesting.  I really enjoyed running on the dirt road in the dark – however a lot of my fellow racers were complaining that it was creepy being out there at 4 am… I was more creeped out when I was on the main paved road, but maybe that’s the country girl in me shining through! 🙂

All in all – we chased, ran, and “arrrgh-ed” our way through the rain, darkness and lack of sleep.  And after it was all over, almost everyone on the team is ready to go again – so Cape Cod 2013, here we come!!! 🙂 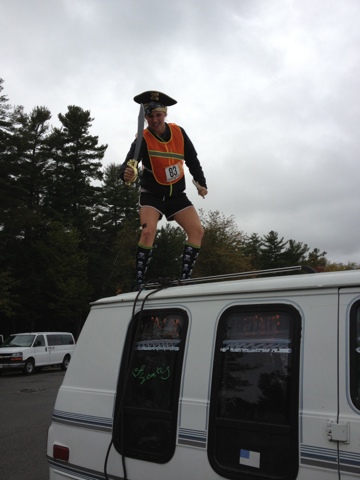 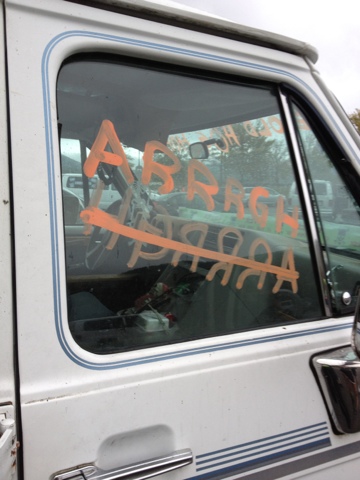